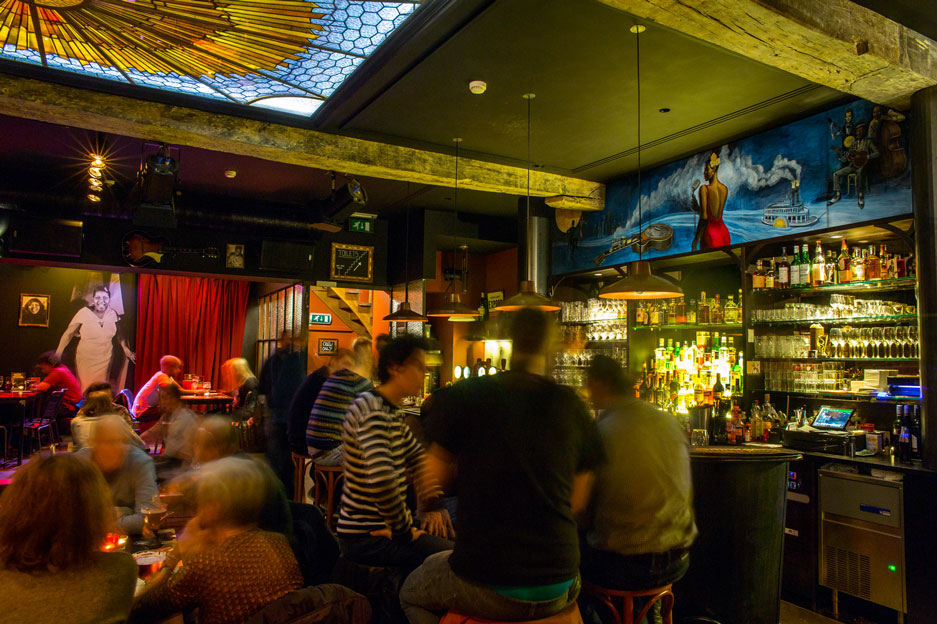 Since the 6th of March, 2015, you can find a contemporary juke joint in the historical heart of the city of Ghent. It has been installed behind a century-old facade and is called Missy Sippy Blues & Roots Club.
The old-fashioned interior with imposing pictures and cosy design give the place that special feel of a beautiful 21st-century Blues bar.
You can find us in the street “Klein Turkije” on number 16.
That is the street connecting the “Korenmarkt” with the townhall, next to the Saint Nicolas church. Your New Orleans in Europe. “Missy Sippy, the place you call home!”
Missy SippyBest clubRestaurant Guru 2020 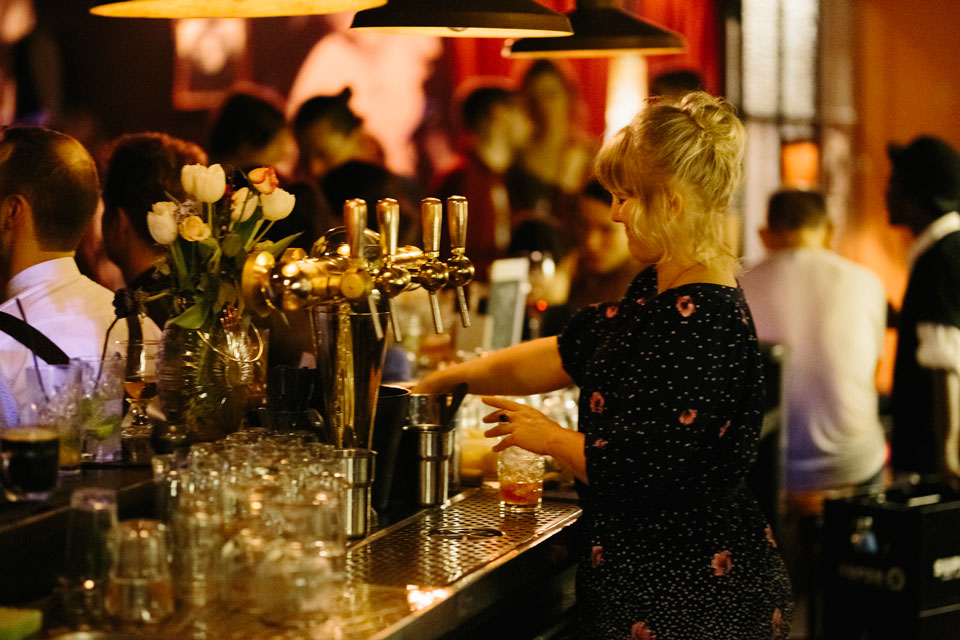 Missy Sippy is a cozy and beautiful bar, open 7 days a week. On many occasions we organise concerts, jams and other types of live music. Hosts Marie and Jelle corteously invite you in and are assisted by a strong team of bartenders. They serve with a smile, know how to enterain you and prepare drinks and barbites with passion and expertise. Don’t miss out on our seasonal cocktails!

Let yourself be seduced by the friendly atmosphere of this barrelhouse, imagine yourself in a sweaty juke joint on the banks of the Mississippi and dance the night away! Let’s boogie! You will leave with a smile on your face! 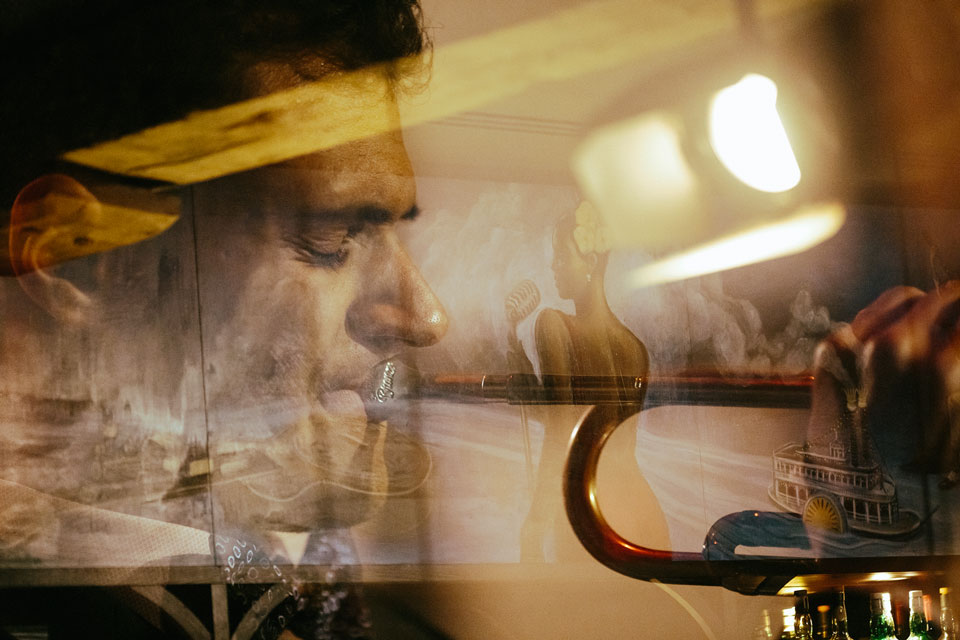 We are keeping the blues, jazz, rootsmusic and swing alive. On a weekly base, we organise concerts, jams, dj-sets and dance nights. Miss Billie or Miss Bessie resonate trough the club and will make you feel at home.
Missy Sippy Blues & Roots Club offers a rich program. No flaming guitars with neon or pictures of Harley’s, but a good feeling for the real music and a sense of quality are the strong points of our club. A good mix of International big shots but also fresh local talent gets a place on our stage and maybe even in your heart!

Missy Sippy is already known in Ghent, but also far beyond, as the place for the Ghent-based blues scene. A real harbor for good music. We’ve only been around for 5 years, but more than a thousand concerts have already been given!

Here you’ll find an overview of the events at hand, we invite you to follow us on Facebook or you can subscribe to our monthly newsletter.

Missy Sippy All Stars VOL. I

Five years ago on March 6, 2015, Missy Sippy Blues & Roots Club started off with a fierce opening party and since then has only gone from strength to strength. The monthly blues jams, local heroes concerts, club concerts with international stars, lindy hop evenings, burlesque shows and a genuine Blues and Roots festival during the ‘Gentse Feesten’ provide a constant stream of quality evenings. These evenings usher in the necessary fresh wind that reclaims Blues and Roots music from oblivion and makes it sexier and more appealing to younger generations. Since its inception, Missy Sippy has been the ideal place for musicians with a heart for Blues and Roots to meet, jam together, form bands and pursue personal artistic development.

When the Belgian blues musicians Tiny Legs Tim and Guy Verlinde were introduced by a mutual friend 10 years ago, neither could have guessed this would turn out to be the proverbial big bang that created the vibrant Blues & Roots scene in Ghent, now based in Missy Sippy. The first years of this evolution and numerous crucial encounters – such as with the owners Marie Follebout and Jelle de Boevé – that led to the first real blues club in Ghent, is sublimely documented in the film ‘Goin’ Down To Missy Sippy’ (A production by Dominique Willaert, 2020)

Last winter, Tiny Legs Tim went into the studio with about 20 of these resident musicians to capture the musical identity of the first 5 years on tape. The 12 songs on MISSY SIPPY ALL STARS VOL. I are an illustration of the wealth of young talent, diversity and collegiality that are so characteristic of the Ghent blues scene. The recordings were conceived according to the principle of the blues jams: 2 fixed rhythm sections were combined with alternating line- ups. In order to guarantee spontaneity, everything was played live and recorded on tape with analogue equipment. The result is a multicoloured album that captures the essence of ‘making music together’; a sample of the quality and diversity that explains why Missy Sippy is the epicentre of Belgian Blues & Roots music today. (Ghent, March 2020)

On Friday the 6th of March, exactly 5 years after the opening, the MISSY SIPPY ALL STARS will launch the album in the Missy Sippy. This event kicks off the festive birthday weekend. 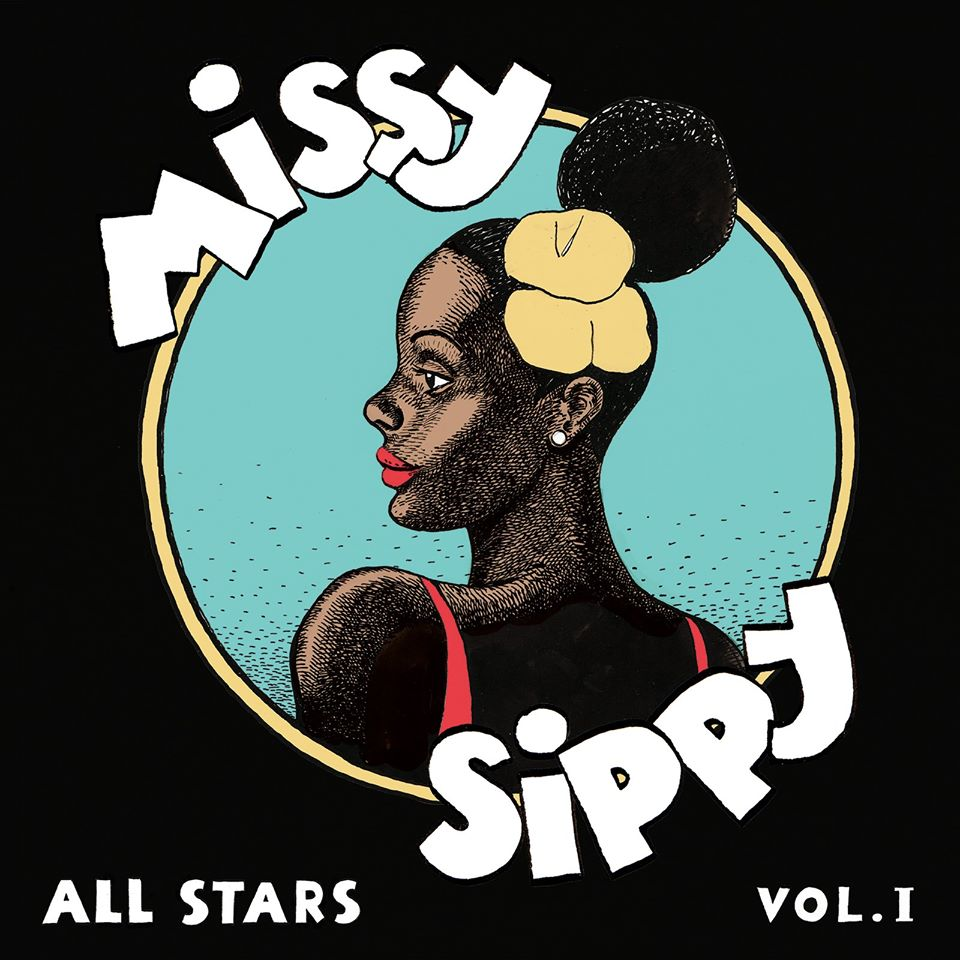 Do you have a question?
Do you want to play at our stage (solo/duo/band)?
Don’t forget to mention some links with your music on.